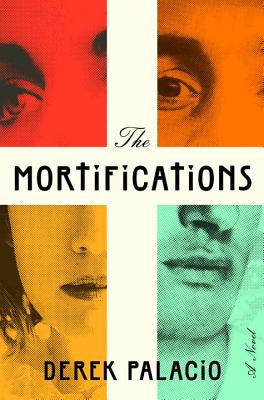 Derek Palacio’s stunning, mythic novel marks the arrival of a fresh voice and a new chapter in the history of 21st century Cuban-American literature.

In 1980, a rural Cuban family is torn apart during the Mariel Boatlift. Uxbal Encarnación—father, husband, political insurgent—refuses to leave behind the revolutionary ideals and lush tomato farms of his sun-soaked homeland. His wife Soledad takes young Isabel and Ulises hostage and flees with them to America, leaving behind Uxbal for the promise of a better life. But instead of settling with fellow Cuban immigrants in Miami’s familiar heat, Soledad pushes further north into the stark, wintry landscape of Hartford, Connecticut. There, in the long shadow of their estranged patriarch, now just a distant memory, the exiled mother and her children begin a process of growth and transformation.

Each struggles and flourishes in their own way: Isabel, spiritually hungry and desperate for higher purpose, finds herself tethered to death and the dying in uncanny ways. Ulises is bookish and awkwardly tall, like his father, whose memory haunts and shapes the boy's thoughts and desires. Presiding over them both is Soledad. Once consumed by her love for her husband, she begins a tempestuous new relationship with a Dutch tobacco farmer. But just as the Encarnacións begin to cultivate their strange new way of life, Cuba calls them back. Uxbal is alive, and waiting.

Breathtaking, soulful, and profound, The Mortifications is an intoxicating family saga and a timely, urgent expression of longing for one's true homeland.

Praise For The Mortifications: A Novel…

“Extraordinary. . . . A powerful story. . . . Palacio unspools his characters’ lives with the type of omniscient authority befitting an epic. . . . The narrative may operate on a grand scale, but Palacio is just as gifted a miniaturist, able to distill the unbearable ruptures in a family down to a single image.” —Dinaw Mengestu, The New York Times Book Review

“Some books are storms. Others are weather. Derek Palacio's debut novel, The Mortifications, is very much the latter. It is hot sun and cool rain, morning fog and the hum of a fan in the window. It ranges and roams, this book. When it settles onto a moment, it does so with the weight of ten butterflies.” —NPR

“The Mortifications is fascinated with bodies—especially the physical manifestations of emotions. . . . The novel doesn’t seem to want to sublimate the ugly, the putrid, or the decayed; it’s aware that describing abject bodily realities, in fiction, can in a sense turn them into obejcts of beauty.” —Bookforum

"Palacio writes vividly, conjuring smells and tastes of life both in the frozen north and the tropical Caribbean, from the sweat of a nun, for whom expensive soap might prompt ‘inclinations toward vanity’ to the flavor of tobacco and tomatoes." —The Boston Globe

“A sweeping, lyrical tale of a family’s undoing. . . . Palacio’s prose contains moments of beauty and magic that are a pleasure to the ear.” —Dallas Morning News

“A powerful family saga.... Gorgeous and challenging.... Palacio’s writing is deceptively simple and startlingly original, and his characters, raw, almost mythic in scope, hang on long after the last page. Searching, heartbreaking, and achingly beautiful, the novel is as intimate as it is sweeping.”
—Kirkus, starred review

"A revelatory tale of Cuba and America, of faith and family, of the spirit and the flesh, The Mortifications is a debut remarkable for its wise and scrupulous insight into the human heart. Palacio feelingly reminds us that all immigrants are also exiles, wounded with loss, striving to make a home even as they yearn for the one they've left behind." —Peter Ho Davies

"Derek Palacio may well be one of the best narrators to come out of the Americas since Gabriel García Márquez. Like One Hundred Years of Solitude, The Mortifications is a family saga that combines the uncanny with astute and accurate depictions of reality." —The Washington Independent Review of Books

"The Mortifications is a sweeping, moving story of a family in a permanent state of longing.  Shimmering in its immediacy and wisdom, this is a novel about how the desire for lost home and family can grow wild over a life in ways that are both beautiful and devastating.  Derek Palacio is a gift of a writer." —Ramona Ausubel

“A novel of stunning sweep and vision. The story of the Encarnación family plunges the reader into the dislocating heartache of life in exile, in the intermediary land between the home that has been forsaken and the one that might, in the future, await. Derek Palacio’s prose is so assured it’s hard to believe The Mortifications is his first novel—but it is, miraculously, and it is one magnificent debut.” —Laura van den Berg

“The Mortifications, Derek Palacio's gorgeous debut novel about Cuba and its people—those who left, those who can never leave—will tear through your heart, and at the center of this swirling, magical story are the Encarnacións, a family full of enough dysfunction, heartache, love, loss, magic, urgent need, sensuality, and sexuality to make you long for your own family of heartbreaking and heartbroken misfits.” —Manuel Gonzales

Derek Palacio received his MFA in Creative Writing from the Ohio State University. His short story “Sugarcane” appeared in The O. Henry Prize Stories 2013, and his novella How to Shake the Other Man was published by Nouvella Books. He lives and teaches in Ann Arbor, MI, is the co-director, with Claire Vaye Watkins, of the Mojave School, and serves as a faculty member of the Institute of American Indian Arts MFA program.
Loading...
or
Not Currently Available for Direct Purchase