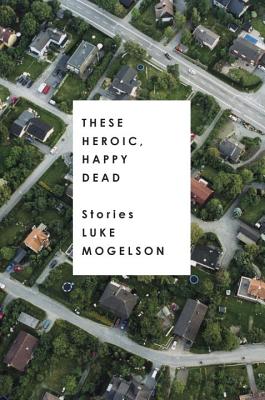 With his harrowing debut, Luke Mogelson provides an unsentimental, unflinching glimpse into the lives of those forever changed by war. Subtle links between these ten powerful stories magnify the consequences of combat for both soldiers and civilians, as the violence experienced abroad echoes through their lives in America.
Troubled veterans first introduced as criminals in “To the Lake” and “Visitors” are shown later in “New Guidance” and “Kids,” during the deployments that shaped their futures. A seemingly minor soldier in “New Guidance” becomes the protagonist of “A Human Cry,” where his alienation from society leads to a shocking confrontation. The fate of a hapless Gulf War veteran who reenlists in “Sea Bass” is revealed in “Peacetime,” the story of a New York City medic's struggle with his inurement to calamity . A shady contractor job gone wrong in “A Beautiful Country” is a news item for a reporter in “Total Solar,” as he navigates the surreal world of occupied Kabul.  Shifting in time and narrative perspective—from the home front to active combat, between experienced leaders, flawed infantrymen, a mother, a child, an Afghan-American translator, and a foreign correspondent--these stories offer a multifaceted examination of the unexpected costs of war.
Here is an evocative, deep work that charts the legacy of an unprecedented conflict, and the burdens of those it touched. Written with remarkable empathy and elegance, These Heroic, Happy Dead heralds the arrival of an extraordinary new talent.

“Memorably and darkly funny. . . . Mogelson gives a nuanced, empathetic look into lives irrevocably altered by conflict. . . . His writing is reminiscent of Hemingway’s. . . . The reader trusts Mogelson’s steady, lucid prose to outline the inner lives of these men." —The Nation

“Commanding and resonant, deeply felt and rich in visceral detail. . . . The best stories in These Heroic, Happy Dead are arguably among the finest the genre has produced.” —The New Republic

“We can now induct Luke Mogelson into that vital band of warrior storytellers—from Tim O’Brien and Michael Herr to Phil Klay and Elliot Ackerman—who, with great eloquence and moral courage, have labored, on both the battlefield and the page, to keep America honest about its foolish wars.” —Bob Shacochis

"These Heroic, Happy Dead will undoubtedly serve as a new model by which war stories are measured.” –Consequence

“The author’s refusal to condemn or condone his characters’ troubled lives gives this collection its particular power. Instead, Luke Mogelson bears witness to his soldiers and their actions, and in doing so honors their full humanity. Reminiscent of Hemingway's In Our Time,  These Heroic, Happy Dead is an extraordinary debut, and it deserves a wide and appreciative audience.” —Ron Rash

“These Heroic, Happy Dead, is the best and most haunting book about the Afghan war that I’ve read. . . . This book hums with momentum and tension.” —Joshua Partlow, Publishers Weekly

"A stunning debut from a major talent; this book is up there with the best of modern war stories, from Hemingway to Tim O'Brien. This is a book which is going to last." —Philipp Meyer

"The men and women in These Heroic, Happy Dead are object lessons in what makes a book haunting and unforgettable. " —The Paris Review Daily

“Mogelson manages to do something beautiful and new in his work. . . . In addition to the excellent writing, Mogelson’s stories impress even more because his skill is matched with significant personal knowledge or impressive research on subjects.” —The Rumpus

"Like Denis Johnson and Thom Jones, there are shards of grim humor in some of these stories, but for the most part it’s a merciless reckoning with war’s ignobility. . . . Mogelson captures the unnerving beauty that follows devastation.” —San Francisco Chronicle

“Luke Mogelson’s stories kicked me straight in the chest. The poisonous effects of war on soldiers is one of literature’s most ancient subjects, yet Mogelson writes with such freshness and fire that you feel new ground being broken, you feel the tremors of the secret pain that binds together Mogelson’s cast, and you feel the giant rumble of talent." —Jonathan Miles

Luke Mogelson is a contributing writer at The New York Times Magazine and a recipient of the National Magazine Award in 2014. His fiction has appeared in The New Yorker, The Paris Review, The Hudson Review, The Missouri Review, and The Kenyon Review. He lives in Paris.
Loading...
or
Not Currently Available for Direct Purchase