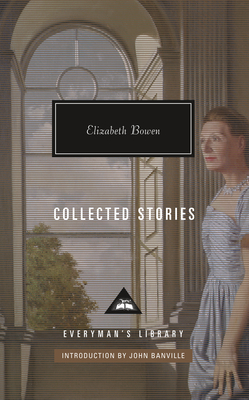 A beautiful hardcover edition of the collected stories of "one of the best short story writers who ever lived"--with a new introduction by John Banville.

Widely known for her extraordinary novels, including The Heat of the Day, The House in Paris, and The Death of the Heart, Elizabeth Bowen established herself in the front rank of twentieth-century writers equally through her short fiction.

This collection includes seventy-nine magnificent stories written over the course of four decades, including such beloved classics as “Mysterious Kôr,” “The Demon Lover,” “Summer Night,” “Ivy Gripped the Steps,” and “The Happy Autumn Fields.” Whether placing her reader in a remote Irish castle or a seaside Italian villa or bomb-scarred London during the Blitz, Bowen was famous for scene setting of almost hallucinatory vividness, but her ability to evoke inner landscapes of spellbinding intensity was even more remarkable. Frustrated lovers, acutely observed children, and even vengeful ghosts inhabit her tales with an urgency and emotional complexity that make it clear that the drama of human consciousness was her central subject. These stories are enduring testimony to Bowen’s reputation as a creator of finely chiseled narratives—rich in imagination, psychological insight, and craft—that transcend their time and place.

"Quite simply one of the best short story writers who ever lived." —Newsweek

"Bowen's stories show the awesome capabilities of the English language and the surprise and mystery of the human soul." —Anne Tyler, The New Republic

"Bowen's stories are novels that have been split open like rocks and reveal the glitter of the naked crystals which have formed them." —V.S. Pritchett, Vogue

Elizabeth Bowen was born in Dublin in 1899. She wrote many acclaimed short stories and novels, including The Heat of the Day, The Death of the Heart, The Last September, and Eva Trout. She was awarded the CBE (Commander of the Order of the British Empire) in 1948. She died in 1973.

JOHN BANVILLE, author of seventeen novels, has been the recipient of the Man Booker Prize, the James Tait Black Memorial Prize, the Guardian Fiction Award, the Franz Kafka Prize, a Lannan Literary Award for Fiction, and the Prince of Asturias Award for Literature. He lives in Dublin.