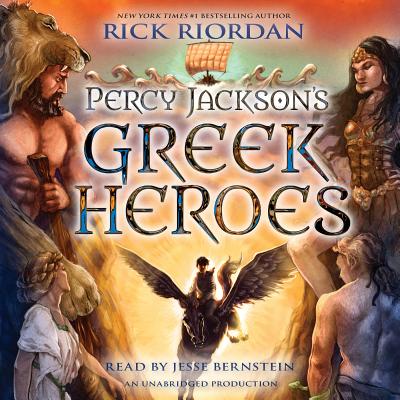 Who cut off  Medusa’s head? Who was raised by a she-bear? Who tamed Pegasus? And whatever happened to that Golden Fleece?

It takes a demigod to know the answers, and Percy Jackson can fill you in on all the daring deeds of  Perseus, Atalanta, Bellerophon, and the rest of the major Greek heroes. Told in the funny, irreverent style listeners have come to expect from Percy (I’ve had some bad experiences in my time, but the heroes I’m going to tell you about were the original old-school hard-luck cases. They boldly screwed up where no one had screwed up before. . . .), this story collection will become the new must-have classic for Rick Riordan’s legions of devoted fans—and for anyone who needs a hero.