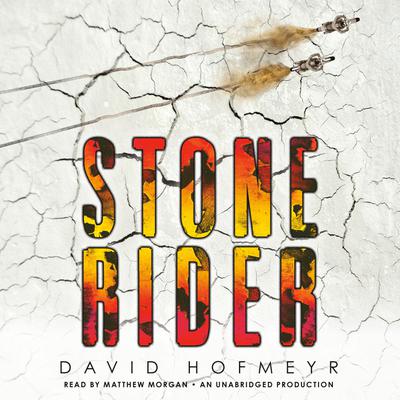 In the vein of the cult classic Mad Max series, crossed with Cormac McCarthy's The Road and S.E. Hinton's The Outsiders, this inventive debut novel blends adrenaline-fueled action with an improbable yet tender romance to offer a rich and vivid portrayal of misfits and loners forced together in their struggle for a better life.

Adam Stone wants freedom and peace. He wants a chance to escape Blackwater, the dust-bowl desert town he grew up in. Most of all, he wants the beautiful Sadie Blood. Alongside Sadie and the dangerous outsider Kane, Adam will ride the Blackwater Trail in a brutal race that will test them all, body and soul. Only the strongest will survive.

The prize? A one-way ticket to Sky-Base and unimaginable luxury.

And for a chance at this new life, Adam will risk everything.

“Hofmeyr constructs a bleak futuristic world and a landscape both sublime and unforgiving...[in his] novel about self-preservation and reclaiming one’s humanity amid brutality."-Publishers Weekly

"A dangerous race is run with everything on the line in this gritty dystopian thrill ride."--Kirkus Reviews

DAVID HOFMEYR was born in South Africa and lives in London and Paris. In 2012 he was a finalist in the SCBWI Undiscovered Voices competition and in 2013 he graduated with distinction from Bath Spa University with an MA in Writing for Young People. He works as a Planner for Ogilvy & Mather in the UK. Stone Rider is David Hofmeyr’s first novel. He also wrote the companion novel, Blood Rider.