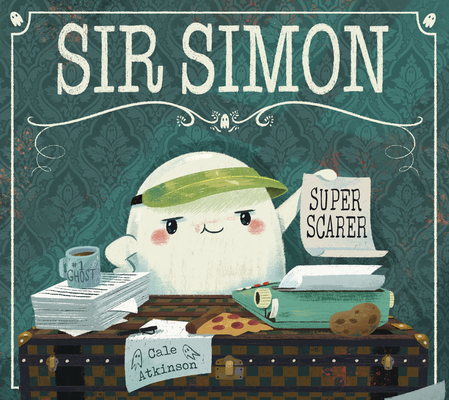 A delightful, funny story of friendship, ghost chores, a spooky house and a professional haunter.

Meet Sir Simon, Super Scarer. He's a professional ghost who has been transferred to his first house. And just in time! He was getting tired of haunting bus stops and forests and potatoes. And to top it off, this house is occupied by an old lady -- they're the easiest to haunt!

But things don't go as planned when it turns out a KID comes with this old lady. Chester spots Simon immediately and peppers him with questions. Simon is exasperated. . . until he realizes he can trick Chester into doing his ghost chores. Spooky sounds, footsteps in the attic, creaks on the stairs -- these things don't happen on their own, you know!

But maybe they're both cut out to be friends . . .

“Part snarky comedy, part feel-good tale, the book offers enough laughs to be a solid readaloud, and its lack of scary moments makes it a good choice for kids who prefer their ghost stories screamfree.” --Publishers Weekly

“[T]here’s enough detail in the pictures (made with “Ghost toots and Photoshop”) to keep readers riveted.” --Starred review, Kirkus

“[R]eaders will get an insider’s peek at how not scary ghosts really are. In fact, they are hilarious!” --CM Magazine

CALE ATKINSON is an illustrator and animator living lakeside with his family in Kelowna, British Columbia. Believing in tea more than sleep, Cale is constantly working on numerous projects. His work can be found in children's books, including Where Oliver Fits, which he also wrote and illustrated, animated shorts, television and games. He has never haunted a potato.
Loading...
or support indie stores by buying on