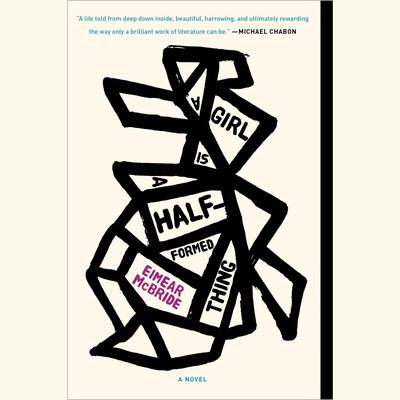 A Girl Is a Half-formed Thing (Digital Audiobook)

The dazzling, fearless debut novel that won the Baileys Women's Prize for Fiction and the book the New York Times hails as “a future classic”.

In scathing, furious, unforgettable prose, Eimear McBride tells the story of a young girl’s devastating adolescence as she and her brother, who suffers from a brain tumor, struggle for a semblance of normalcy in the shadow of sexual abuse, denial, and chaos at home. Plunging readers inside the psyche of a girl isolated by her own dangerously confusing sexuality, pervading guilt, and unrelenting trauma, McBride’s writing carries echoes of Joyce, O’Brien, and Woolf. A Girl is a Half-formed Thing is a revelatory work of fiction, a novel that instantly takes its place in the canon.

Eimear McBride was born in 1976 and grew up in Ireland. At twenty-seven she wrote A Girl is a Half-formed Thing and spent just under a decade trying to have it published. She currently lives in Norwich with her family and is at work on her second novel.