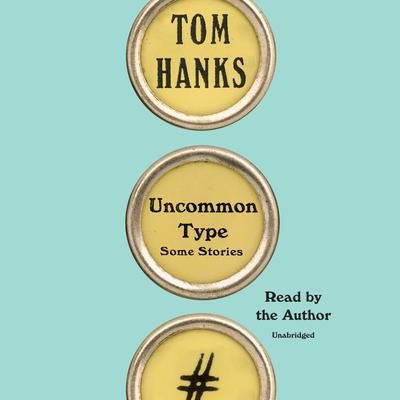 A collection of seventeen wonderful short stories showing that two-time Oscar winner Tom Hanks is as talented a writer as he is an actor.

A gentle Eastern European immigrant arrives in New York City after his family and his life have been torn apart by his country's civil war. A man who loves to bowl rolls a perfect game--and then another and then another and then many more in a row until he winds up ESPN's newest celebrity, and he must decide if the combination of perfection and celebrity has ruined the thing he loves. An eccentric billionaire and his faithful executive assistant venture into America looking for acquisitions and discover a down and out motel, romance, and a bit of real life. These are just some of the tales Tom Hanks tells in this first collection of his short stories. They are surprising, intelligent, heartwarming, and, for the millions and millions of Tom Hanks fans, an absolute must-have!

TOM HANKS has won Academy Awards for best actor for Philadelphia and Forrest Gump. He has starred in, among many other films, Big, Sleepless in Seattle, Apollo 13, Saving Private Ryan, The Green Mile, Cast Away, Catch Me If You Can, Captain Phillips, Bridge of Spies, and Sully. This is his first work of fiction.