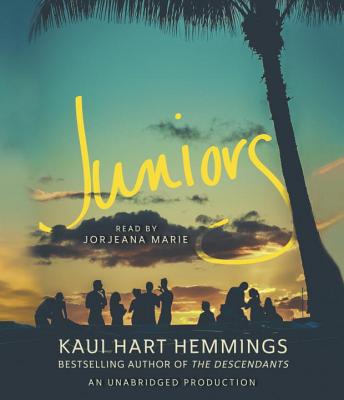 Lea Lane has lived in between all her life.

Bracing herself for the embarrassment of being her classmates’ latest charity case, Lea is surprised when she starts becoming friends with Will and Whitney West instead—or in the case of gorgeous, unattainable Will, possibly even more than friends. And despite their differences, Whitney and Lea have a lot in common: both are navigating a tangled web of relationships, past disappointments and future hopes.  As things heat up with Will, and her friendship with Whitney deepens, Lea has to decide how much she's willing to change in order to fit into their world.

Lea Lane has lived in between all her life. But it isn’t until her junior year that she learns how to do it on her own terms.

Kaui Hart Hemmings is the author of House of Thieves, a collection of short stories, and The Descendants, a New York Times bestselling novel and Oscar-winning film for best adapted screenplay.  Her most recent novel, The Possibilities, has been optioned for film by Jason Reitman. Kaui lives in Hawaii with her family.

Juniors is her first novel for young adults.