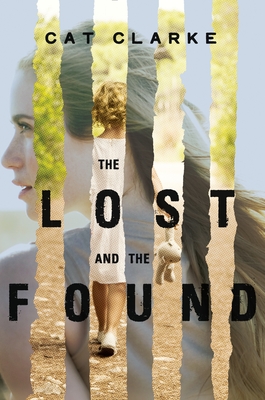 The Lost and the Found (Hardcover)

Fans of Lucy Christopher’s Stolen, Caroline B. Cooney’s The Face on the Milk Carton, and Natasha Preston’s The Cellar will be captivated by this twisty psychological thriller about an abducted girl who finally returns home to her family—but is she really who she claims to be?

THE LOST
When six-year-old Laurel Logan was abducted, the only witness was her younger sister, Faith. Since then, Faith’s childhood has revolved around her sister’s disappearance—from her parents’ broken marriage and the constant media attention to dealing with so-called friends who only ever want to talk about her missing sister.

THE FOUND
Now, thirteen years later, a young woman is found in the front yard of the Logans’ old house, disoriented and clutching the teddy bear Laurel was last seen with. Can her sister finally be back? Faith always dreamed of her sister coming home; she just never believed it would happen. But soon a disturbing series of events leaves Faith increasingly isolated from her family and paranoid about her sister’s motives. Before long, Faith begins to wonder if it’s the abduction that’s changed her sister, or if it’s something else. . . .

“An intriguing story from start to finish.” —Kirkus Reviews

“Clarke’s true success lies in crafting a realistic and haunting story of two young women who redefine what it means to be sisters.” —PW

“This mystery will have wide appeal and keep teens riveted.” —SLJ

“A compelling story with sympathetic and credible characters.” —The Bulletin

Cat Clarke is a full-time writer. She was previously an editor at Scholastic UK, where she worked on some of their biggest nonfiction bestsellers. Cat has always been fascinated by the media coverage surrounding missing children, which inspired her to write The Lost and the Found. She lives in Edinburgh, Scotland. You can find out more about Cat on catclarke.com, or follow her on Twitter at @cat_clarke.
or
Buy Here
Copyright © 2020 American Booksellers Association