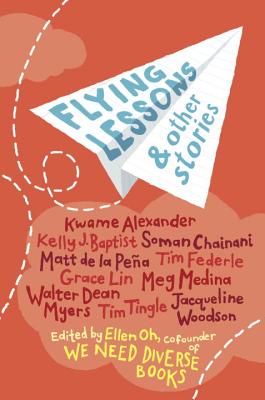 Ellen Oh is cofounder and president of We Need Diverse Books (WNDB) and author of the YA fantasy trilogy the Prophecy series and the middle-grade novel The Spirit Hunters, to be published in fall 2017. She was named one of Publishers Weekly’s Notable People of 2014. Ellen met Walter Dean Myers and his son Christopher Myers at one of her first book festivals. Already nervous, her mouth dropped open when she saw the pair towering over the crowd. Chris took pity on an awestruck Ellen and introduced himself, and he and Walter couldn’t have been nicer, taking her under their wing and treating her like an old friend. Oh resides in Bethesda, Maryland, with her husband and three children. Discover more at ellenoh.com.
Loading...
or
Not Currently Available for Direct Purchase