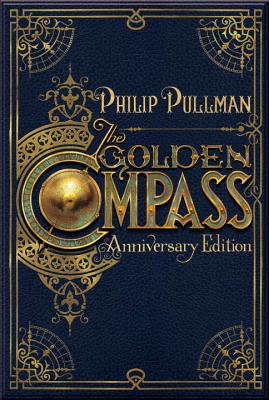 The modern fantasy classic that Entertainment Weekly named an “All-Time Greatest Novel” and Newsweek hailed as a “Top 100 Book of All Time” is now available in a slipcased hardcover edition that includes a conversation with Lev Grossman, bestselling author of the Magicians trilogy. Fans, collectors, and new readers alike will appreciate this beautiful book that has been changing worlds for twenty years.

A masterwork of storytelling and suspense, Philip Pullman's award-winning The Golden Compass is the first in the His Dark Materials series, which continues with The Subtle Knife, and The Amber Spyglass.

This edition includes:
* A gorgeous slipcase and new jacket art.
* A conversation between Philip Pullman and Lev Grossman, author of the Magicians trilogy, that covers the scope and tradition of fantasy literature, Pullman's influences, and the impact that the entire His Dark Materials series has had since publication.
* A letter from Philip Pullman to fans, marking the book's twentieth anniversary.

A Newsweek Top 100 Book of All Time

Winner of the Guardian Prize for Children's Fiction

Winner of the Carnegie Medal

“The most magnificent fantasy series since The Lord of the Rings.” --The Oregonian

"Marvelous...the writing is elegant and challenging." --The New Yorker

"The Golden Compass is one of the best fantasy /adventure stories that I have read. This is a book no one should miss." --Terry Brooks

"Powerful...fantasy-adventure that sparkles with childlike wonder." --The Boston Sunday Globe

"The last great fantasy masterpiece of the twentieth century. An astounding achievement." --The Cincinnati Enquirer