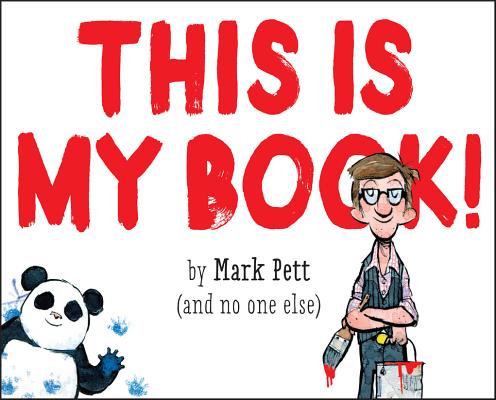 This is My Book!

A hilarious and playful romp about making books, perfect for fans of Press Here and The Book with No Pictures.

What happens when a writer learns that he doesn’t quite have as much control over his book as he thinks? When Mark Pett’s characters, led by a panda bear named Spike, take over his book and begin telling a story of their own, pandemonium ensues! Who’s really in charge of this book?

With clever interactive elements, including a pull tab, flap, and pop-up, This Is My Book is sure to appeal to a large and varied audience—kids who will identify with the “my” aspect of the book and adults who will appreciate the humor.

Writer and illustrator Mark Pett makes books. He is the “authorstrator” of The Boy and the Airplane, The Girl and the Bicycle, The Girl Who Never Made Mistakes, and Lizard from the Park. Before books, he created the syndicated comic strips Mr. Lowe and Lucky Cow.
Loading...
or
Not Currently Available for Direct Purchase