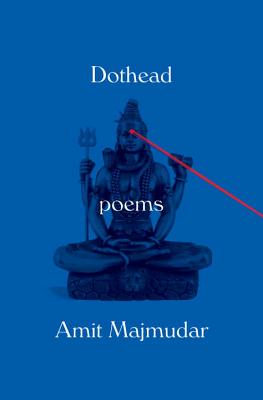 A captivating, no-holds-barred collection of new poems from an acclaimed poet and novelist with a fierce and original voice

Dothead is an exploration of selfhood both intense and exhilarating. Within the first pages, Amit Majmudar asserts the claims of both the self and the other: the title poem shows us the place of an Indian American teenager in the bland surround of a mostly white peer group, partaking of imagery from the poet’s Hindu tradition; the very next poem is a fanciful autobiography, relying for its imagery on the religious tradition of Islam. From poems about the treatment at the airport of people who look like Majmudar (“my dark unshaven brothers / whose names overlap with the crazies and God fiends”) to a long, freewheeling abecedarian poem about Adam and Eve and the discovery of oral sex, Dothead is a profoundly satisfying cultural critique and a thrilling experiment in language. United across a wide range of tones and forms, the poems inhabit and explode multiple perspectives, finding beauty in every one.

AMIT MAJMUDAR is a diagnostic nuclear radiologist who lives in Dublin, Ohio, with his wife and three children. His poetry and prose have appeared in The New York Times, The New Yorker, The Atlantic, The Best American Poetry (2007, 2012), The Best of the Best American Poetry 1988–2012, Poetry, Poetry Daily, and several other venues, including the eleventh edition of The Norton Introduction to Literature. His first poetry collection, 0º, 0º, was a finalist for the 2009 Poetry Society of America’s Norma Farber First Book Award. His second poetry collection, Heaven and Earth, won the 2011 Donald Justice Prize. The first poet laureate for the state of Ohio, Majmudar blogs for the Kenyon Review and is also a critically acclaimed novelist.

“Especially perceptive about manhood and its meanings…Dothead is charming and urgent in equal measure.”  —Dwight Garner, The New York Times

Library Journal listed DOTHEAD as one of their Spring poetry picks of 2016 for "pointedly offering commentary on those who aren't always at home in America."

"Dothead amounts to nothing less than a torrent of poetic inventiveness driven by the inexhaustible poetic energy of Amit Majmudar. His delight in deploying his formal skills combines remarkably with his wide range of interests to produce a collection of poetry both riveting and enviable. Drones, torture, immigration, weaponry, James Bond, King Lear, medical practice, Hinduism, and the sex life of Adam and Eve are but a few of the subjects treated here without any sacrifice of lyric texture or pulse.  Majmudar stands out clearly and forcefully in the overpopulated tableau of contemporary American poetry.”—Billy Collins

“Readers new to Amit Majmudar’s work will rejoice to find themselves in the company of a writer who clearly believes no poem can enlighten unless it first entertains. We are invariably surprised—by Kafkaesque fable or Borgesian paradox, by fluently rhymed verse, a calligramme, or some outrageous form of his own invention. However Majmudar has Hardy’s knack of finding forms well suited to his subject, these wise, timely meditations on race, sex, language and identity leave us thinking about nothing more than the radical ideas they propose. All serve Majmudar’s larger project—to reflect the uncomfortable complexity of the human animal. He has no hesitation in juxtaposing the serious and the grave, the base and the transcendent, and those acts of gentleness and brutality which define us; but his ability to turn on a dime will often have the reader laughing or shivering before he has a chance to prepare his defences. Majmudar has allied an old-fashioned talent to a real experimental boldness, but perhaps the most startling aspect of his work is its unapologetic assumption of poetry’s intrinsic cultural value. One has the sense that every line simply believes in itself. The result is a various, wakeful, urgent poetry that asks to be read now.”—Don Paterson