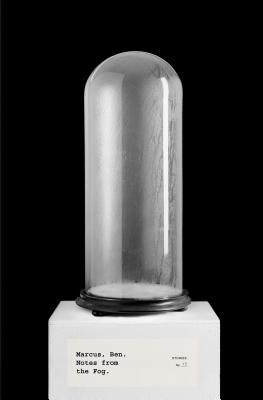 Notes from the Fog

Ben Marcus returns with a collection of timely dystopian visions of alienation in a modern world. Here a hapless, corporate drone finds love after being disfigured from testing his employer’s newest nutrition supplement; a father starts to suspect that his son’s precocity has turned sinister; and two architects in a failing marriage must consider the ethics of artificially inciting emotion as they construct a memorial to a terrorist attack. It’s these characters and others that over the course of thirteen short stories showcase Marcus’s compassion, imagination, and mordant humor. Never has existential catastrophe been so much fun.

Praise For Notes from the Fog: Stories…

"Exceptional... Each story is quietly eerie with electric characters who move through settings that look and sound exactly like our reality but are subtly disoriented, as if in a trick mirror."
—The Paris Review

"One of Marcus’s strengths [is] imagining a future which is similar enough to our world to seem plausible, but different enough for the reader to grasp the ramifications of certain fates with which our current world is flirting."
—Vanity Fair

"The wilder and more Swiftian the plots get, the more intimately the stories seem to evoke a lived reality."
—Harper's

"Each story features moments of considered, lacerating prose threaded together by sentences that, like a marionette’s strings, bring the world to full, expansive life. This is a bracing, forceful collection."
—Publishers Weekly (starred review)

“Beautiful, heartbreaking, impeccably crafted and original meditations on, and figurations of, how it feels to be a human, a father, an American, at the hither edge of the 21st century.”
—Michael Chabon

“To read Ben Marcus is to discover a new language, trapped inside of the old one. Sentences that cut through every layer straight to the heart of the matter. Writing that startles you into wakefulness. You know all these words but have never seen them used like this before. To read Ben Marcus is to be challenged and entertained and inspired all at once.”
—Charles Yu

Ben Marcus is the author of four books of fiction—The Age of Wire and String, Notable American Women, The Flame Alphabet, and Leaving the Sea—and the editor of two short story anthologies: The Anchor Book of New American Short Stories and New American Stories. His fiction has appeared in Bomb, Granta, Harper’s Magazine, McSweeney’s, The New Yorker, The Paris Review, and The Virginia Quarterly Review. Among his awards are a Guggenheim Fellowship, the Berlin Prize, a Whiting Award, a National Endowment for the Arts Fellowship in fiction, and three Pushcart Prizes. He lives with his family in New York City, where he is on the faculty at Columbia University.
Loading...
or
Not Currently Available for Direct Purchase