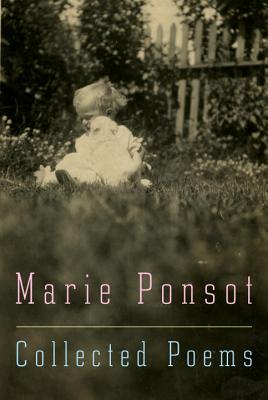 Marie Ponsot’s Collected Poems is the stunning lifework of the prizewinning poet, gathered in one volume: the world she has made of life’s fire for sixty years. The present celebratory volume covers nearly all of her published work, from True Minds (1956), which was number five in the famous City Lights Pocket Poets series, through the 2009 Easy, her most recent collection; it also includes some new work, written in the years since. Here is the lyrical joy, the full range of Ponsot’s gift for constructing the pleasures and pains of a riddle that the music and wit of her language solve just in the nick of time, in the “hand-span skill” that is the poem. In examining the powerful life of women, her poetry is as practical as it is profound. “Go to a wedding / as to a funeral,” she advises us. “Bury the loss.” (And adds: “Go to a funeral / as to a wedding: / marry the loss.”) Notable in this collection is the astonishing accomplishment of Ponsot’s sonnets: the traditional form in varieties we’ve never seen in one book before. Open these pages anywhere to experience “language as the primitive dialect of our human race,” as she has described it—to gradually enter a state that is “what poetry hopes of us and for us: enraptured attention.”

“A treasure trove . . . Ponsot is masterful with received forms—there are sonnets, sestinas and villanelles that are nothing short of gymnastic in their execution.” —Craig Morgan Teicher, Los Angeles Times

"Sixty years of wondrous verse from this award-winning but curiously underappreciated poet. Open to any page and you'll stumble on lines you'll never forget: 'The meanest mistake / has a point to make.'" —Dotun Akintoye, Oprah.com

"We read such poets because we want to know how a poetic intelligence inhabits the world—or invents it." —William Logan, The New York Times Book Review

"[Ponsot] holds the world to be good, to be glorious, and her poems help us attend to the miracle of consciousness and the startling nature of sensory experience." —Anthony Domestico, Commonweal

MARIE PONSOT, the winner of Poetry magazine’s Ruth Lilly Prize for lifetime achievement and the Frost Medal from the Poetry Society of America, was born in 1921. She is the author of six previous collections, including The Bird Catcher, winner of the National Book Critics Circle Award for poetry. A professor emerita of English at Queens College, CUNY, she also taught at the Unterberg Poetry Center of the 92nd Street Y, the New School University, and Beijing University. Ponsot is a chancellor of the Academy of American Poets and lives in New York City.
Loading...
or
Not Currently Available for Direct Purchase