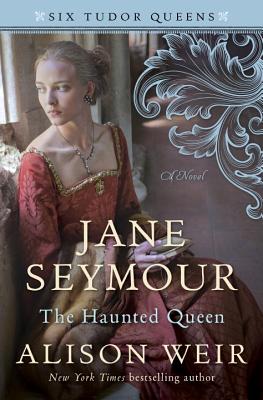 “A sumptuous historical novel anchored by its excellent depiction of Jane Seymour, Henry the VIII’s third queen . . . This is a must for all fans of Tudor fiction and history.”—Publishers Weekly

Ever since she was a child, Jane has longed for a cloistered life as a nun. But her large noble family has other plans, and as an adult, Jane is invited to the King’s court to serve as lady-in-waiting to Queen Katherine of Aragon. The devout Katherine shows kindness to all her ladies, almost like a second mother, which makes rumors of Henry’s lustful pursuit of Anne Boleyn—also lady-in-waiting to the queen—all the more shocking.  For Jane, the betrayal triggers memories of a haunting incident that shaped her beliefs about marriage.

But once Henry disavows Katherine and secures Anne as his new queen—forever altering the religious landscape of England—he turns his eye to another: Jane herself. Urged to return the King’s affection and earn favor for her family, Jane is drawn into a dangerous political game that pits her conscience against her desires. Can Jane be the one to give the King his long-sought-after son, or will she be cast aside like the women who came before her?

Bringing new insight to this compelling story, Alison Weir marries meticulous research with gripping historical fiction to re-create the dramas and intrigues of the most renowned court in English history. At its center is a loving and compassionate woman who captures the heart of a king, and whose life will hang in the balance for it.

“Bestselling [Alison] Weir’s impressive novel shows why Jane deserves renewed attention [and] illustrates Jane’s unlikely journey from country knight’s daughter to queen of England. . . . From the richly appointed decor to the religious tenor of the time, the historical ambience is first-rate.”—Booklist (starred review)

“A sumptuous historical novel anchored by its excellent depiction of Jane Seymour, Henry the VIII’s third queen . . . This is a must for all fans of Tudor fiction and history.”—Publishers Weekly

“Highly recommended for fans of the period . . . As with the earlier novels in the Six Tudor Queens series . . . [Alison] Weir focuses tightly on the sole perspective of her protagonist, thereby finding enough relatively fresh territory to keep even die-hard Tudor buffs interested. A fascinating afterword sheds light on Weir’s departures from the confirmed historical record and on the additional research she did for this novel, including an investigation of how exactly Jane died.”—Library Journal (starred review)

“Best-selling Weir’s impressive novel shows why Jane deserves renewed attention. Without any dull moments, Weir illustrates Jane’s unlikely journey from country knight’s daughter to queen of England. . . . This third volume in Weir’s exceptional Six Tudor Queens series offers new angles on its earlier subjects. . . . From the richly appointed decor to the religious tenor of the time, the historical ambience is first-rate. With her standout novel in the crowded Tudor-fiction field, Weir keeps the tension high, breathing new life into a familiar tale and making us wish for a different ending.”—Booklist (starred review)

“Jane Seymour the shy mouse type? Think again! This superb book, the result of deep and meticulous new research, brings her to astonishing life—she is vibrant and determined, and she sets the king’s court on fire. The fascinating secrets of the Seymour family are deftly explored, the world of the Court painted anew—and Jane’s romance with the king is an absolute revelation. Wonderfully written with sympathy and grace, this gripping book gives us the real third wife and shows her struggle to stay true to herself and survive in the toughest of worlds. A magnificent novel.”—Kate Williams, author of Becoming Queen Victoria

“In this gripping and utterly compelling novel, Henry VIII’s third and—allegedly—best-loved wife is brought vividly to life. Forget ‘plain’ Jane Seymour: here is a woman to be reckoned with—strong-willed, brave, and tenacious. Her story is set against the rich and complex backdrop of Henry VIII’s court at its most turbulent. Not to be missed.”—Tracy Borman, author of The Private Lives of the Tudors

Alison Weir is the New York Times bestselling author of the novels Anne Boleyn: A King’s Obsession; Katherine of Aragon: The True Queen; The Marriage Game; A Dangerous Inheritance; Captive Queen; The Lady Elizabeth; and Innocent Traitor, as well as numerous historical biographies, including Queens of the Conquest, The Lost Tudor Princess, Elizabeth of York, Mary Boleyn, The Lady in the Tower, Mistress of the Monarchy, Henry VIII, Eleanor of Aquitaine, The Life of Elizabeth I, and The Six Wives of Henry VIII. She lives in Surrey, England, with her husband.
Loading...
or
Not Currently Available for Direct Purchase