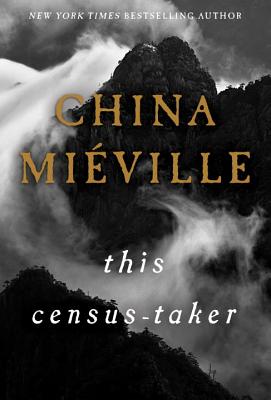 For readers of George Saunders, Kelly Link, David Mitchell, and Karen Russell, This Census-Taker is a stunning, uncanny, and profoundly moving novella from multiple-award-winning and bestselling author China Mieville. NAMED ONE OF THE BEST BOOKS OF THE YEAR BY NPR In a remote house on a hilltop, a lonely boy witnesses a profoundly traumatic event. He tries--and fails--to flee. Left alone with his increasingly deranged parent, he dreams of safety, of joining the other children in the town below, of escape. When at last a stranger knocks at his door, the boy senses that his days of isolation might be over. But by what authority does this man keep the meticulous records he carries? What is the purpose behind his questions? Is he friend? Enemy? Or something else altogether? Filled with beauty, terror, and strangeness, This Census-Taker is a poignant and riveting exploration of memory and identity. Praise for This Census-Taker "China Mieville is a magician . . . who can both blow your mind with ideas as big as the universe and break your heart with language so precise and polished, it's like he's writing with diamonds."--NPR "The book haunts the reader; what actually happened seems always just out of reach, glimpsed in shadow as it rounds a corner ahead of our vision."--Los Angeles Review of Books " Mieville's] been compared to Karen Russell and George Saunders, and rightfully so."--The Huffington Post "Marvellous."--The Guardian "Lingers in the mind like an unsettling dream."--Financial Times "A thought-provoking fairy tale for adults . . . This Census-Taker] resembles the narrative style, quirkiness, and plotting found in the works of Karen Russell, Aimee Bender, or Steven Millhauser."--Booklist "Brief and dreamlike . . . a deceptively simple story whose plot could be taken as a symbolic representation of an aspect of humanity as big as an entire society and as small as a single soul."--Kirkus Reviews

China Mieville is the author of numerous books, including Three Moments of an Explosion, The City & The City, Embassytown, Railsea, and Perdido Street Station. His works have won the World Fantasy Award, the Hugo Award, and the Arthur C. Clarke Award (three times). He lives and works in London.
Loading...
or
Not Currently Available for Direct Purchase