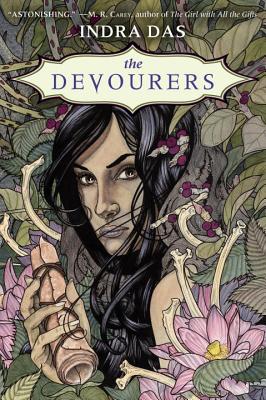 For readers of Neil Gaiman, Margaret Atwood, China Mieville, and David Mitchell comes a striking debut novel by a storyteller of keen insight and captivating imagination. LAMBDA LITERARY AWARD WINNER - NAMED ONE OF THE BEST BOOKS OF THE YEAR BY THE WASHINGTON POST

On a cool evening in Kolkata, India, beneath a full moon, as the whirling rhythms of traveling musicians fill the night, college professor Alok encounters a mysterious stranger with a bizarre confession and an extraordinary story. Tantalized by the man's unfinished tale, Alok will do anything to hear its completion. So Alok agrees, at the stranger's behest, to transcribe a collection of battered notebooks, weathered parchments, and once-living skins. From these documents spills the chronicle of a race of people at once more than human yet kin to beasts, ruled by instincts and desires blood-deep and ages-old. The tale features a rough wanderer in seventeenth-century Mughal India who finds himself irrevocably drawn to a defiant woman--and destined to be torn asunder by two clashing worlds. With every passing chapter of beauty and brutality, Alok's interest in the stranger grows and evolves into something darker and more urgent. Shifting dreamlike between present and past with intoxicating language, visceral action, compelling characters, and stark emotion, The Devourers offers a reading experience quite unlike any other novel. Praise for The Devourers "A chilling, gorgeous saga that spans several centuries and many lands . . . The all-too-human characters--including the nonhuman ones--and the dreamlike, recursive plot serve to entrance the reader. . . . There's no escaping The Devourers. Readers will savor every bite."--N. K. Jemisin, The New York Times Book Review "The Devourers is beautiful. It is brutal. It is violent and vicious. . . . It] also showcases Das's incredible prowess with language and rhythm, and his ability to weave folklore and ancient legend with modern day loneliness."--Tor.com "A wholly original, primal tale of love, violence, and transformation."--Pierce Brown, #1 New York Times bestselling author of The Red Rising Trilogy "Astonishing . . . a narrative that takes possession of you and pulls you along in its wake."--M. R. Carey, author of The Girl with All the Gifts "Every sentence of this ferocious and extraordinary book pulses with life. An absolute masterpiece."--Daniel Jose Older, author of Half-Resurrection Blues "Das's brutal, intoxicating, and gorgeously visceral debut merges an often mythic sensibility with an appreciation for the coarse beauty of the everyday."--Publishers Weekly (starred review) "A sensual tale of violence and desire . . . for fans of Anne Rice's Interview with the Vampire but with a fascinating setting beautifully described."--Library Journal (starred review) "Das's narrative is lush, imaginative, and hypnotic, bringing to life scenes of savagery and moments of wonder. . . . Das's debut is an ambitious, unsettling trip into our own capacity for violence."--Kirkus Reviews " An] extraordinary piece of meta-fiction: stories within stories . . . trans-genre, transgender and transgressive . . . Who gets what he or she wants and, above all, who has the moral right to their desires, is the heart of this remarkable, multi-layered novel."--Maclean's

Indra Das is an Octavia E. Butler Scholar and graduate of the 2012 Clarion West Writers Workshop. He completed his MFA at the University of British Columbia in Vancouver, where he wore many hats, including freelance editor, writing tutor, occasional illustrator, environmental newswriter, and dog-hotel night-shift attendant. His short fiction has been published in many fiction magazines and anthologies. The Devourers is his first published novel. He divides his time between India and North America and is hard at work on his next novel.
Loading...
or
Not Currently Available for Direct Purchase