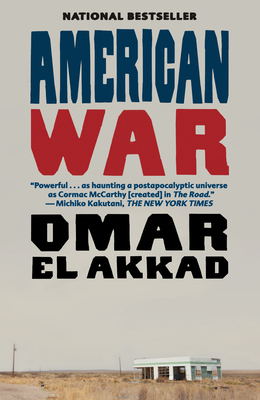 ONE OF THE BEST BOOKS OF THE YEAR: The Washington Post • San Francisco Chronicle • NPR • GQ • Esquire • The Guardian • The Austin Chronicle • PopSugar • Paste Magazine

Praise For American War: A Novel…

OMAR EL AKKAD was born in Cairo, Egypt and grew up in Doha, Qatar until he moved to Canada with his family. He is an award-winning journalist and author who has traveled around the world to cover many of the most important news stories of the last decade. His reporting includes dispatches from the NATO-led war in Afghanistan, the military trials at Guantànamo Bay, the Arab Spring revolution in Egypt and the Black Lives Matter movement in Ferguson, Missouri. He is a recipient of Canada's National Newspaper Award for investigative reporting and the Goff Penny Memorial Prize for Young Canadian Journalists, as well as three National Magazine Award honorable mentions. He lives in Portland, Oregon.
Loading...
or support indie stores by buying on