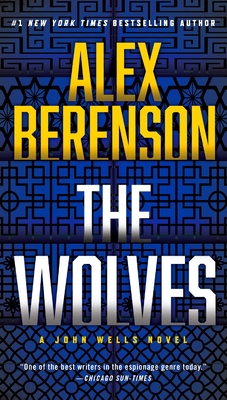 CIA agent John Wells refuses to let a privileged businessman walk away from a crime in this novel of modern suspense from the #1 New York Times-bestselling author.

John Wells has just barely managed to stop an operation designed to drive the United States and Iran into war, but the instigator himself disappeared behind an impenetrable war of security. Now it’s time for him to pay, and Wells has made it his personal mission. There are plenty of crosscurrents at work, though. The White House doesn’t want anybody stirring the pot; his old CIA bosses have their own agendas; other countries are starting to sniff around, sensing something unusual. It is when Russia and China enter the mix, however, that the whole affair is set to combust. With alarming speed, Wells is once again on his own...and the wolves are closing in.

Praise For The Wolves (A John Wells Novel #10)…

Praise for The Wolves

“Exhilarating...when the call of duty summons, Wells rises to the occasion; his emotions may be mixed, but he still puts on a great show for readers.”—Publishers Weekly

“[An] adrenaline-filled thriller...Fans of the John Wells series won’t be disappointed. They’ll agree with his enemies that if Wells isn’t Superman, he’s super something.”—Kirkus Reviews

“As always, Berenson brilliantly blends global politics into an adrenaline-pulsing spy novel. But, most of all, there is Wells, a stone-cold killer who nevertheless does what we all wish we could do: stand up to the powerful and make them pay.”—Booklist

“Masterful...The Wolves is driven by a terrific and well-executed plot, but where Berenson truly shines is in his explanation of how certain parts of the world work. These would include spycraft and the dark tradeoffs made by governments at the highest and lowest levels.”—Bookreporter.com

“Berenson’s John Wells series has lost none of its power, novelty, and excitement. Wells is unique in contemporary thriller fiction [and] has become a richer character with each new story.”—Connecticut Post

“Berenson’s style is as seductive as his storytelling, and The Wolves has a bite that doesn’t let go from the first page straight through to the last.”—The Providence Journal

Alex Berenson is the #1 New York Times bestselling author of the John Wells series, including The Faithful Spy, which won the 2007 Edgar Award for best first novel. As a reporter for The New York Times, Berenson covered topics ranging from the occupation of Iraq—where he was stationed for three months—to the flooding of New Orleans, to the world pharmaceutical industry, to the financial crimes of Bernie Madoff. He graduated from Yale University in 1994 with degrees in history and economics, and lives in New York City.
Loading...
or support indie stores by buying on
(This book is on backorder)