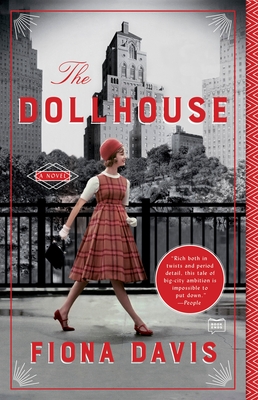 Enter the lush world of 1950s New York City, where a generation of aspiring models, secretaries, and editors live side by side in the glamorous Barbizon Hotel for Women while attempting to claw their way to fairy-tale success in this debut novel from the New York Times bestselling author of The Lions of Fifth Avenue.

Praise For The Dollhouse: A Novel…

“Davis’s debut novel....[is] a lively one, tripping along at a sprightly clip.”—Kirkus Reviews

Fiona Davis is the New York Times bestselling author of several novels, including The Dollhouse, The Address, The Masterpiece, The Chelsea Girls, The Lions of Fifth Avenue, and The Magnolia Palace. She lives in New York City and is a graduate of the College of William & Mary in Virginia and the Columbia Journalism School.
Loading...
or support indie stores by buying on