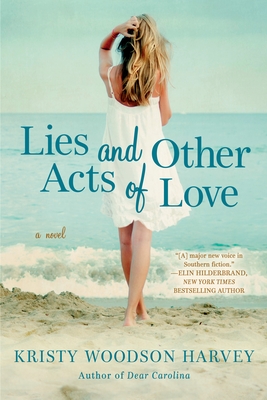 Lies and Other Acts of Love

From the New York Times bestselling author of Under the Southern Sky and The Wedding Veil comes a novel about what it really means to tell the truth...

After sixty years of marriage and five daughters, Lynn “Lovey” White knows that all of us, from time to time, need to use our little white lies.

Her granddaughter, Annabelle, on the other hand, is as truthful as they come. She always does the right thing—that is, until she dumps her hedge fund manager fiancé and marries a musician she has known for three days. After all, her grandparents, who fell in love at first sight, have shared a lifetime of happiness, even through her grandfather’s declining health.

But when Annabelle’s world starts to collapse around her, she discovers that nothing about her picture-perfect family is as it seems. And Lovey has to decide whether one more lie will make or break the ones she loves....

Praise For Lies and Other Acts of Love…

Praise for Lies and Other Acts of Love

“This book stirred mighty emotions in me, yet left me with a sense of peace. A truly delightful read.”—New York Times bestselling author Elin Hilderbrand

“A richly detailed, inter-generational tale of love, loss and loyalty. Harvey pulls the reader into the hearts and souls of her characters.”—New York Times bestselling author Heather Gudenkauf

“The title fits this novel perfectly as readers learn the lengths people will go to protect their families. The author draws parallels between the two characters, which aids in reminding readers that women of all ages go through the same kinds of problems. Readers will be able to visualize what’s written, making this an engaging and entertaining page-turner.”—RT Book Reviews

“Harvey's second novel is full of abandon, caution, love and hurt, buoyed by two spirited women who learn how to take control and when to give it up.”—The Salisbury Post

“Harvey brings small-town North Carolina alive with spot-on details and interesting characters...the gradual revelations of ‘lies and other acts of love’ in one North Carolina family offer insights into the complexities of life and love.”—The Greensboro News & Record

“A touching look into the lifetimes of love, heartbreak, and resilience of a grandmother and her granddaughter, Lies and Other Acts of Love offers insight into the complexities of bonds—of family, friends, and everything in between—and the importance of what one does when those bonds are broken. Kristy Woodson Harvey's second book is a feel-good must read that is sure to remind you of the cherished memories and relationships in your own life.”—Deep South Magazine

Kristy Woodson Harvey is the author of The Southern Side of Paradise, The Secret to Southern Charm, Slightly South of Simple, Lies and Other Acts of Love, Dear Carolina and The Wedding Veil. She is a born-and-bred North Carolina girl who loves all four seasons—especially fall in Chapel Hill, where she attended college, and summer in Beaufort, where she and her family spend every free moment.