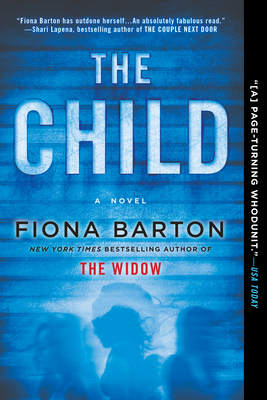 “The Child is a perfect blend of beach read and book club selection. It’s a fascinating and fitting follow-up to [Barton’s] best-selling debut novel, The Widow. . . .[A] page-turning whodunit….A novel that is both fast-paced and thought-provoking, it keeps the reader guessing right to the end.”—USA Today

“Fiona Barton brings back reporter Kate Waters from the best-selling The Widow and delivers another winner with The Child.…A truly engaging tale. Those who enjoyed The Widow will discover that Barton has only gotten better.”—The Associated Press

“An engrossing, irresistible story about the coming to light of a long-buried secret and an absolutely fabulous read—I loved it!”—Shari Lapena, New York Times bestselling author of The Couple Next Door

The author of the stunning New York Times bestseller The Widow returns with a brand-new novel of twisting psychological suspense, now in paperback.

As an old house is demolished in a gentrifying section of London, a workman discovers human remains, buried for years. For journalist Kate Waters, it’s a story that deserves attention. She cobbles together a piece for her newspaper, but she's at a loss for answers. As Kate investigates, she unearths connections to a crime that rocked the city decades earlier. A newborn baby was stolen from the maternity ward in a local hospital and was never found.

But there is more to the story, and Kate is drawn—house by house—into the pasts of the people who once lived in this neighborhood that has given up its greatest mystery. She soon finds herself the keeper of unexpected secrets that erupt in the lives of three women—and torn between what she can and cannot tell…

Praise For The Child…

Fiona Barton is the New York Times bestselling author of The Widow and The Child. She has trained and worked with journalists all over the world. Previously, she was a senior writer at the Daily Mail, news editor at the Daily Telegraph, and chief reporter at the Mail on Sunday, where she won Reporter of the Year at the British Press Awards.
Loading...
or
Not Currently Available for Direct Purchase