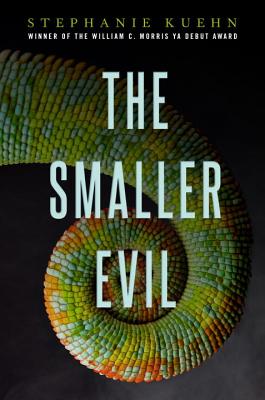 17-year-old Arman Dukoff can't remember life without anxiety and chronic illness when he arrives at an expensive self-help retreat in the remote hills of Big Sur. He’s taken a huge risk—and two-thousand dollars from his meth-head stepfather—for a chance to "evolve," as Beau, the retreat leader, says.

Beau is complicated. A father figure? A cult leader? A con man? Arman's not sure, but more than anyone he's ever met, Beau makes Arman feel something other than what he usually feels—worthless.

The retreat compound is secluded in coastal California mountains among towering redwoods, and when the iron gates close behind him, Arman believes for a moment that he can get better. But the program is a blur of jargon, bizarre rituals, and incomprehensible encounters with a beautiful girl. Arman is certain he's failing everything. But Beau disagrees; he thinks Arman has a bright future—though he never says at what.

And then, in an instant Arman can't believe or totally recall, Beau is gone. Suicide? Or murder? Arman was the only witness and now the compound is getting tense. And maybe dangerous.

As the mysteries and paradoxes multiply and the hints become accusations, Arman must rely on the person he's always trusted the least: himself.

Praise For The Smaller Evil…

★"Kuehn’s specialty in depicting mental illness and her sharp, quick writing are on display in her latest novel, but it is her satirical integration of New Age hippie rituals with the pseudoscientific jargon of the self-help retreat world that is the most compelling addition. Fans of the author’s work will find familiar material in this book. Readers interested in a Gillian Flynn–style take on cults and self-help retreats will also be intrigued."--SLJ, starred review

"Suspenseful and enigmatic, bristling with Stephanie Kuehn's vivid prose and sharp-eyed characterizations, The Smaller Evil kept me guessing till the very last page. I immediately flipped back to the first page to read it again, and so will you." —Laura Ruby, Michael L. Printz Award winning author of Bone Gap.

“[A] tough, punishing novel about the damages we inflict on others and the shaky defenses we build to mask trauma and guilt.” —Publishers Weekly, starred review

“As she did in Charm & Strange and Complicit, Kuehn unflinchingly explores the darkest places of the human psyche, leaving many lingering questions about nature-versus-nurture and the relentlessness of mental illness.” —The Horn Book Magazine

Praise for Complicit:
"Kuehn writes with the fleetness of a trained thriller author...Explosive." -Booklist, starred

Stephanie Kuehn is the critically acclaimed author of four young adult novels, including Charm & Strange, which won the ALA’s William C. Morris Award for best debut novel. Booklist has praised her work as “Intelligent, compulsively readable literary fiction with a dark twist.” She lives in Northern California and is a post-doctoral fellow in clinical psychology.
Loading...
or
Not Currently Available for Direct Purchase