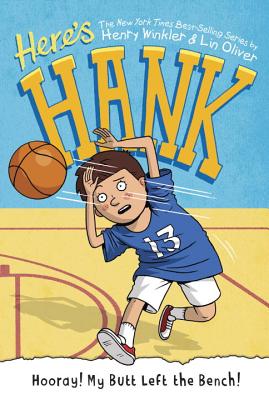 In this winning addition to the easy-to-read bestselling series, Hank has to hustle to prove he can be his basketball team’s secret weapon!

For two years running, Hank's school has beaten their arch rivals at the annual second grade basketball game. When his friends try out, Hank is determined to play, too. There's just one problem: Hank is terrible at basketball. Luckily Dr. Dunk (AKA Hank's dad) and Hank's friends have his back. With a little help, Hank just might be what the team needs to win their first three-peat in PS 87 history!

This bestselling series written by Henry Winkler and Lin Oliver is perfect for the transitional reader. With a unique, easy-to-read font, endless humor, and characters every kid would want to be friends with, any story with Hank is a slam dunk!

Lin Oliver is a writer and producer of movies, books, and television series for children and families. She has written more than twenty-five novels for children, and one hundred episodes of television. She is cofounder and executive director of the Society of Children's Book Writers and Illustrators, an international organization of twenty thousand authors and illustrators of children's books.
Loading...
or support indie stores by buying on
(This book is on backorder)