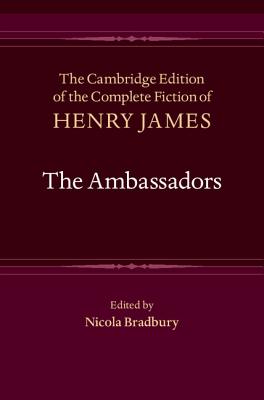 The Cambridge Edition of the Complete Fiction of Henry James provides, for the first time, a scholarly edition of a major writer whose work continues to be read, quoted, adapted and studied. One of Henry James's last three great novels, The Ambassadors offers a witty, observant and profound exploration of the contrast between American and European cultures and of the desire to 'live all you can'. It follows the journey of self-discovery taken by a middle-aged literary gentleman, Lambert Strether, as he sheds his New England perspective and comes to appreciate cosmopolitan society and values, although not without personal cost. This edition, based on the work's first book appearance (Methuen, 1903), illuminates its literary and cultural contexts, contains comprehensive annotation, and provides a detailed textual history. It will appeal to James scholars, book historians and students of early twentieth-century Anglo-American literature and culture, and re-introduce readers to this masterpiece.