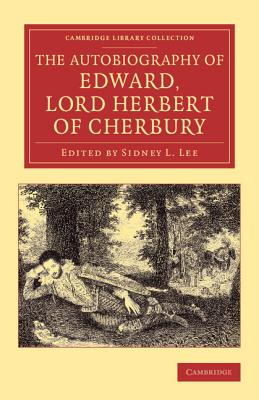 The Autobiography of Edward, Lord Herbert of Cherbury

With Introduction, Notes, Appendices, and a Continuation of the Life (Cambridge Library Collection - Literary Studies)

Diplomat, philosopher and friend of John Donne and Ben Jonson, Edward Herbert (1582?-1648), first Baron Herbert of Cherbury, is best known for his philosophical treatise De veritate, examining the nature of truth. After Oxford and a period at court, he served as ambassador to France from 1619 to 1624. A reluctant Royalist, he surrendered the family seat, Montgomery Castle, to Parliament in 1644. His lively and amusing account of his adventures up to 1624 was first published by Horace Walpole in 1764 in an edition of only 200 copies. From the narrative we learn of Herbert's social triumphs in France and of his duels, affairs of the heart, views on education, and herbal remedies. Reissued here is the 1886 limited edition of 1,000 copies that was edited by the literary scholar Sidney Lee (1859-1926). Lee has completed Herbert's life story and offers an insightful introduction to the whole.