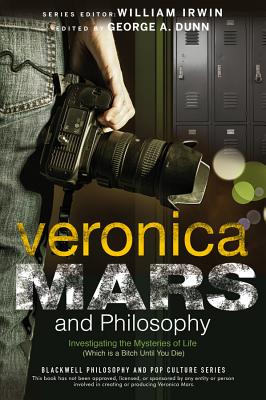 Veronica Mars is a kick-ass private investigator, smart and street-wise. But what can her character tell us about larger life issues, such as knowledge and skepticism, trust and friendship, revenge, race, gender, and feminism? What makes her tick? And why is Logan such a sarcastic bad boy, anyway?

Veronica Mars and Philosophy features a thought-provoking collection of essays centered on philosophical issues brought forth in Veronica Mars, the critically acclaimed neo-noir detective series set in the fictional town of Neptune, California. Fans and newcomers alike will gain unique insights into the philosophical make-up of a hit show that tackled both crime and some of the larger mysteries of life.