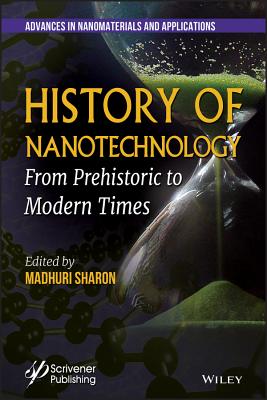 From Prehistoric to Modern Times

The scientific knowledge of nanoscience and nanotechnology is regarded to be a modern sciencethat evolved after Feynman's concept was formulated in the 1950s. However, Faraday and other scientists in the 19th century showed the science behind the small and its relation to optical properties. And it is now accepted that knowledge of using nanoparticles prevailed during the medieval period as well.

This book takes the readers on a fascinating journey writing the history of nanotechnology based on the evidence of existence from the prehistoric period right up to the contemporary times. Nature utilized nanotechnology during the origin and expansion of the universe and especially in the evolution of living beings on our planet. Early civilizations in different parts of globe fabricated and used materials without having perception of their actual size.

This unique historical view systematically evaluates the development of various applications of nanotechnology through the ages and the science behind it. Some of the issues covered include:

This book is compilation of existence of scientific knowledge even of the people who existed before there were schools, universities and organized teaching. The author has scoured literature dating back to Mayan ... as well as historical observations

Madhuri Sharon, (Retd Director at Reliance Industries), PhD from Leicester University UK, postdoctoral research from Bolton Institute of Technology U.K., is currently the Director of NSN Research Centre for Nanotechnology & Bionanotechnology and Managing Director of Monad Nanotech as well as Adjunct-Professor University of Mumbai & Professor-Emeritus JJT University, India. She has published more than 130 papers, 4 books and 11 patents. Her research focuses on the synthesis, biosynthesis and application of various nanomaterials (graphene oxide, carbon dots, carbon nanomaterials and nanometals) in drug-delivery.
Loading...
or support indie stores by buying on