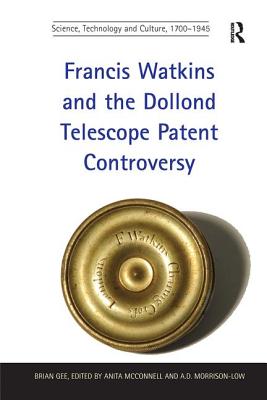 Brian Gee was a member of the Scientific Instrument Society from its foundation in 1983. He published numerous key works on scientific instruments and had almost completed this monograph on the Dollond patent controversy before he died in 2009. Anita McConnell is an independent historian of science, living near Cambridge. A.D. Morrison-Low won the 2008 Paul Bunge Prize for her bookMaking Scientific Instruments in the Industrial Revolution (Aldershot: Ashgate, 2007). She is Principal Curator, Science, at National Museums Scotland. The completion of the book was made possible by the generous funding of the Scientific Instrument Society.
Loading...
or
Not Currently Available for Direct Purchase