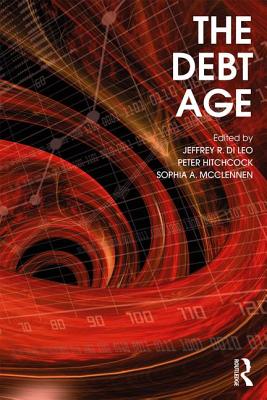 This collection of essays, by some of the most distinguished public intellectuals and cultural critics in America explores various dimensions of what it means to live in the age of debt. They ask, what is the debt age? For that matter, what is debt? Is its meaning transhistorical or transcultural? Or is it imbued in ideology and thus historically contingent? What is the relationship between debt and theory? Whose debt is acknowledged and whose is ignored? Who is the paradigmatic subject of debt? How has debt affected contemporary academic culture? Their responses to these and other aspects of debt are sure to become required reading for anyone who wants to understand what it means to live in the debt age.

Jeffrey R. Di Leo is Dean of the School of Arts and Sciences and Professor of English and Philosophy at the University of Houston-Victoria. He is editor and publisher of American Book Review, and the founder and editor of symplokē. His most recent books include American Literature as World Literature (2018) and the Bloomsbury Handbook of Literary and Cultural Theory (forthcoming, 2018). Peter Hitchcock is Professor of English at the CUNY Graduate Center and Baruch College of the City University of New York.  He is also on the faculty of Women's Studies and Film Studies at the Graduate Center.  He is the Associate Director of the Center for Place, Culture, and Politics at the Graduate Center.  His recent books include The New Public Intellectual: Politics, Theory, and the Public Sphere (2016; co-edited with Jeffrey R. Di Leo) and Labor in Culture, or, Worker of the World(s) (2017). Sophia A. McClennen is Professor of International Affairs and Comparative Literature at Penn State University and founding director of the Center for Global Studies. She studies human rights, globalization, media and politics, with two recent books on related topics Is Satire Saving Our Nation? (2014), coauthored with Remy Maisel, and The Routledge Companion to Literature and Human Rights (2015), co-edited with Alexandra Schultheis Moore.  Her newest book is Globalization and Latin American Cinema: Towards a New Critical Paradigm (2018). She also has a column with Salon where she regularly covers politics and culture.
or support indie stores by buying on
Copyright © 2020 American Booksellers Association