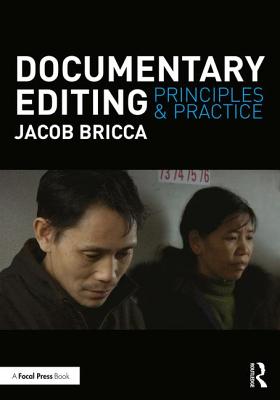 Documentary Editing offers clear and detailed strategies for tackling every stage of the documentary editing process, from organizing raw footage and building select reels to fine cutting and final export. Written by a Sundance award- winning documentary editor with a dozen features to his credit and containing examples from over 100 films, this book presents a step-by-step guide for how to turn seemingly shapeless footage into focused scenes, and how to craft a structure for a documentary of any length. The book contains insights and examples from seven of America's top documentary editors, including Geoffrey Richman (The Cove, Sicko), Kate Amend (The Keepers, Into the Arms of Strangers), and Mary Lampson (Harlan County U.S.A.), and a companion website contains easy-to-follow video tutorials.

Written for both practitioners and enthusiasts, Documentary Editing offers unique and invaluable insights into the documentary editing process.

Jacob Bricca, ACE is an Associate Professor at the University of Arizona's School of Theatre, Film and Television, where he teaches classes on editing and documentary filmmaking. A member of the American Cinema Editors, he has edited over a dozen feature films, including the international theatrical hit Lost In La Mancha, the New Yorker Films theatrical release Con Artist, the Independent Lens Audience Award Winner Jimmy Scott: If You Only Knew, and the Sundance Special Jury Prize winner The Bad Kids. His directing credits include Pure, which screened at the 2008 Berlin International Film Festival, and Finding Tatanka, which premiered at the 2014 Big Sky Documentary Film Festival.
Loading...
or support indie stores by buying on