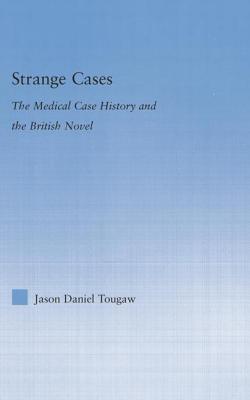 and the British novel during the eighteenth and nineteenth centuries.

case histories from George Cheyne's to Sigmund Freud's have found

narrative impetus in pathology. The writer of a case history faces a

rhetorical bind unique to the human sciences: the need to display the

acumen of a scientist and the sympathy warranted to the suffering

extreme, often morbid or perverse, states of mind and body by

narrative as a vital social document. Diagnosis and sympathy, explicit

shaping reader-identification. While these two narrative forms set out

to fulfill an Enlightenment drive to classify and explain, they also

raise social and epistemological questions that challenge some of the

Enlightenment's most cherished ideals, including faith in reason, the

perfectibility of humankind, and the stability of truth.

Jason Tougaw is Assistant Professor of English at Queens College, CUNY. He is the co-editor of Extremities: Trauma, Testimony, and Community (with Nancy K. Miller). His essays have appeared in JAC, Auto/Biography Studies, and The Scholar and the Feminist.
or
Buy Here
Copyright © 2020 American Booksellers Association