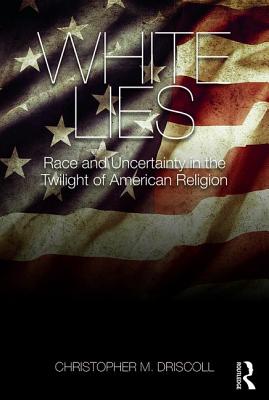 Race and Uncertainty in the Twilight of American Religion

White Lies considers African-American bodies as the site of cultural debates over a contested "white religion" in the United States. Rooting his analysis in the work of W.E.B. DuBois and James Baldwin, Christopher Driscoll traces the shifting definitions of "white religion" from the nineteenth century up to the death of Michael Brown and other racial controversies of the present day. He engages both modern philosophers and popular imagery to isolate the instabilities central to a "white religion," including the inadequacy of this framing concept as a way of describing and processing death. The book will be of interest to students and scholars interested in African-American Religion, philosophy and race, and Whiteness Studies.

Christopher M. Driscoll is a Visiting Assistant Professor at Lehigh University, where his teaching and research explore race, religion, philosophy and culture--with attention to whiteness, hip hop, and existentialism/humanism. He is Co-Founder/Co-Chair of an AAR Group on Hip Hop and Religion and a contributing editor to Marginalia (LA Review of Books).
Loading...
or support indie stores by buying on