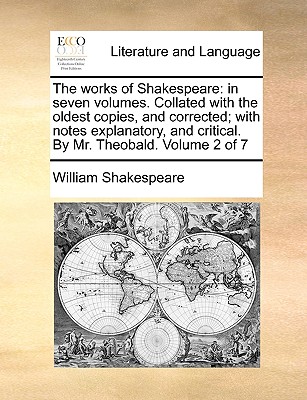 In Seven Volumes. Collated with the Oldest Copies, and Corrected; With Notes Explanatory, and Critical. by Mr. Theobal

In fact the dramatic works only. Titlepages in red and black. With a divisional half-title preceding each play.