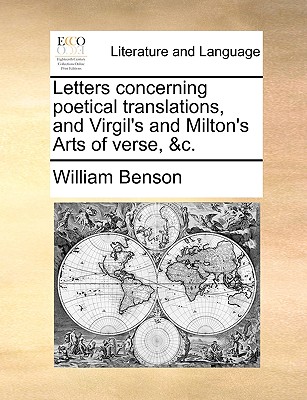 With a half-title. Anonymous. By William Benson.