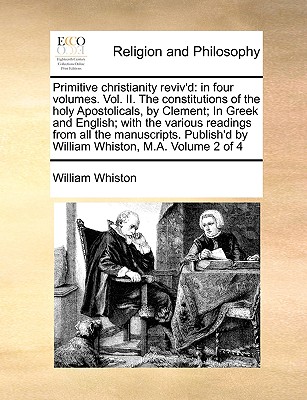 In Four Volumes. Vol. II. the Constitutions of the Holy Apostolicals, by Clement; In Greek and English; With the Vario

Each volume has an individual titlepage. The collective titlepage in vol. 1 only. A fifth volume was published in 1712.

London: printed for the author; and are to be sold by the booksellers of London and Westminster, 1711. 4v.; 8