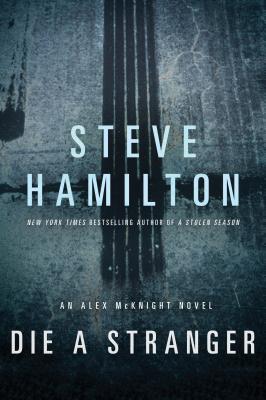 Late one night, a plane lands on a deserted airstrip. Five dead bodies are found there the next morning. And now Vinnie LeBlanc is missing.

Vinnie is a member of the Ojibwa Indian tribe and he just might be Alex McKnight's best friend. So Alex can't help but be worried when he disappears. There's a deadly crime war creeping into Michigan's Upper Peninsula, and Alex never would have thought that his friend could be involved. But after an unexpected stranger arrives in town, Alex will soon find out that the stakes are higher than he ever could have imagined.

The latest in Steve Hamilton's Edgar Award–winning series, Die a Stranger just might be his boldest book yet.

“Hamilton creates an ensemble of strong, believable characters and spins his suspenseful tale in crisp, hard-boiled prose. The result is a taut, fast-paced story with lots of gunplay and unexpected twists, along with a poignant subplot about the strained relationship between father and son.” —Associated Press