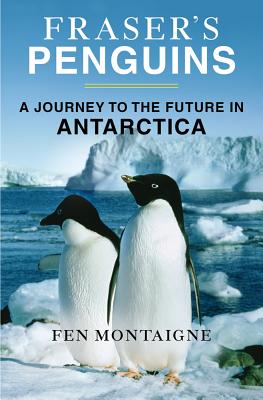 "Fraser's Penguins is a brilliant, beautiful, and terrifying account of what's happening at the bottom of our world."—Nathaniel Philbrick, author of The Last Stand, In the Heart of the Sea, and Sea of Glory

Called "exceptionally poignant" by Nature magazine, Fen Montaigne's sensitive and timely account of five months in Antarctica gives a taste of the global changes that will soon arrive in our own backyards. Scientist Bill Fraser has devoted three decades to Antarctica, and in that time this breathtaking region has warmed faster than any place on earth, with profound consequences for the Adélies, the classic tuxedoed penguin that is dependent on sea ice to survive. During the Antarctic spring and summer of 2005-2006, author Fen Montaigne spent five months working on Fraser's field team, and he returned with a moving tale that chronicles the beauty of the wildest place on earth, the lives of the beloved Adélies, the saga of the discovery of the Antarctic Peninsula, and the story—told through Fraser's work—of how rising temperatures are swiftly changing this part of the world. It's Montaigne's "descriptive prowess, his ability to evoke lavender—and cobalt, magenta and violet—without waxing purple, that most impresses" (New York Times Book Review) as he chronicles the penguins' plight, which is also our own.

Fen Montaigne is a journalist and author whose work has appeared in The New Yorker, National Geographic, Outside, Smithsonian, and The Wall Street Journal. A former Moscow bureau chief of The Philadelphia Inquirer, he is the author of Reeling in Russia and has co-authored two other books. For his work on Fraser's Penguins, Montaigne was awarded a Guggenheim Fellowship in 2006. He now works as senior editor of the online magazine Yale Environment 360.