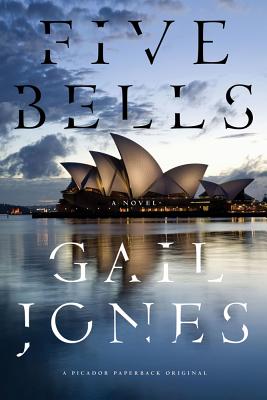 On a radiant day in Sydney, four adults converge on Circular Quay, site of the iconic Opera House and the Sydney Harbor Bridge. Crowds of tourists mix with the locals, enjoying the glorious surroundings and the play of light on water.

But just as Circular Quay resonates with Australia's past, each of the four carries a complicated history from elsewhere. Each person is haunted by past secrets and guilt. Ellie is preoccupied by her sexual experiences as a girl, James by a tragedy for which he feels responsible, Catherine by the loss of her beloved brother in Dublin, and Pei Xing by her imprisonment during China's Cultural Revolution.

Told over the course of a single Saturday, Five Bells describes four lives that come to share not only a place and a time but also mysterious patterns and ambiguous symbols, including a barely glimpsed fifth figure, a young child. By nightfall, when Sydney is drenched in a summer rainstorm, each life will have been transformed by the events of this day.


Praise For Five Bells: A Novel…

“Over the past decade Gail Jones has established herself as a significant presence in contemporary Australian fiction. Thoughtful, intelligent, and intensely lyrical…a novel of unmistakable contemporary relevance.” —The Guardian (London)

“Five Bells is a brilliant work, both explicitly Australian and insistently cosmopolitan…[and] establishes Gail Jones as one of Australia's finest authors.…In the midst of pandemonium, traffic, and tourist hordes gazing at icons, Jones gives us individuals who are achingly alive, filled with apprehensions of beauty, love, and mortality.” —The Australian

“Jones's writing has the intensity of a dream…combining tension with lyricism.” —The Times (London)

“A novel that reaches beyond the glittering surface of Sydney to capture the rippling patterns of a wider human history with singular beauty and power.” —The Canberra Times (Australia)

Gail Jones is the author of the novels Black Mirror, Sixty Lights, Dreams of Speaking, and Sorry. She has been nominated for numerous international awards, including the Man Booker Prize, the Orange Prize, the International IMPAC Dublin Literary Award, and the Prix Femina Étranger. She is a professor of writing at the University of Western Sydney.

How does the Sydney Opera House appear to the characters? What is its particular meaning and significance to each of them?

Pei not only forgives her guard and abuser, but cultivates a devoted friendship with her. Would be able to do the same?

Does the religious fervor of Catherine’s mother have any influence upon her? Does she change the way her daughter views religion? How does she reconcile her mother’s piety with her brother’s atheism?

Why does James decide to go to medical school despite his deep aversion to gore? What does his reaction to the chicken reveal about his character?

Neither James nor Ellie ever forgot their young love. Do you think they would have made a good couple as adults, had tragedy had not intervened?

Dr. Zhivago helps Pei to remember her father. For what other reasons might the film resonate with her? How might the themes of the great Russian classics mirror those of Five Bells?

Why do you think Pei had made a routine of visiting with Doug Hua, Aristos, and Mary? How would you characterize her relationship with them, as opposed to that with her son? What does Pei mean to each of these people?

All the characters either observe or visit the Museum of Contemporary Art, but with mixed feelings. Why does Pei love it? Why does Catherine find it troubling? Why is James, an art lover who is smitten with Magritte, uninterested in the museum?

Five Bells is about four disparate people who happen to be at the same place at the same time. Did the book make you think differently about the people you pass by every day?

Pei and Catherine both take notice of the little girl with the man on the stairs. What do you make of Pei waving at Catherine, Catherine’s kiss, and the bond between them?

The title of the novel is taken from the title of a famous Australian poem by Kenneth Slessor. Slessor wrote the poem to commemorate a friend who drowned in the Sydney harbor. How is James’s life similarly eulogized in the novel?

Every one of the four characters has a heartbreaking death or funeral story. Which did you find most poignant?

What makes the “fifth bell”, the little girl, so vital to the central message of the story?