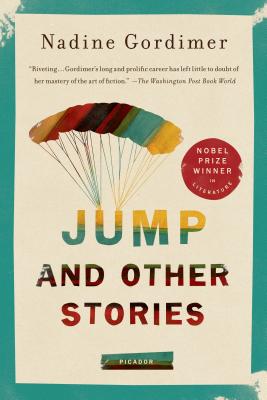 Jump and Other Stories (Paperback)

Fifteen thematically and geographically wide-ranging stories from the Nobel Prize Winner, with settings ranging from suburban London to Mozambique.


Praise For Jump and Other Stories…

“A gallery of riveting tales . . . Gordimer's long and prolific career has left little doubt of her mastery of the art of fiction.” —The Washington Post Book World

“Gordimer has rarely been more profound or more quietly brilliant than in these exquisitely subtle stories.” —Publishers Weekly

“Readers of Ms. Gordimer's fiction know that the riveting details, the epiphanies scattered throughout the narrative that shock and surprise, function within a larger vision. This expansive vision, its moral power and artistic integrity, are what elevate her fiction above that of most of her contemporaries.” —The New York Times Book Review

“Gordimer's stories are captivating, in the literal sense of holding in thrall the reader's entire attention. ” —Chicago Tribune