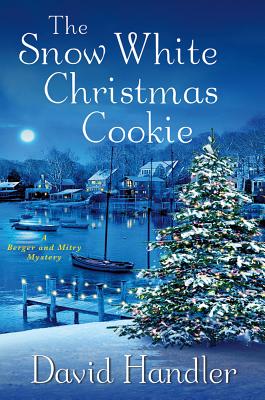 And what a taste it is. Three blizzards have blanketed the village in forty inches of snow. Bryce Peck, Mitch's blue-blooded neighbor out on Big Sister Island, has just been found dead of a drug overdose. Young Kylie Champlain has slammed her car head-on into an office building after she's caught trying to shoplift a pair of Ugg boots. And a grinch has taken to stealing the mail from Hank Merrill's postal route, which happens to be the main route through the historic district.

Stealing the U.S. mail is a serious federal crime, but Des soon discovers that she's onto something much bigger: a black-market prescription drug gang with ties to organized crime. And now a fourth blizzard is on its way. And so is another murder. And, somehow, the man in her life has managed to land himself smack dab in the middle of the whole mess. Not to mention that he's in way over his head with Josie Cantro, the beautiful and treacherous life-coach who just may be responsible for it all. If Des doesn't act fast, this will truly be a Christmas to remember---but for all of the wrong reasons.

David Handler's The Snow White Christmas Cookie, the ninth book in this original series is brimming with plenty of murder, mayhem, and holiday spirit.

“Neither rain, nor sleet, nor dark of night can keep postmen from their appointed rounds. But how about murder?...Fans of Des and Mitch will giggle as Mitch decorates his Hanukkah bush with her teeny weeny yellow bikini.” —Kirkus Reviews

“Funny, smart and the perfect antidote to the seasonal treacle, The Snow White Christmas Cookie – the ninth novel by David Handler in the excellent Mitch Berger and Desiree Mitry series – turns the Christmas cozy on its head....Don't mistake this for a traditional holiday novel with lots of cute bits. Handler knows how much sugar needs a dose of realism. This is the perfect 'day after' book.” —The Globe and Mail

David Handler's first book in the Berger and Mitry series, The Cold Blue Blood, was a Dilys Award finalist and BookSense Top Ten pick. David is also the author of several novels about the witty and dapper celebrity ghostwriter Stewart Hoag and his faithful, neurotic basset hound, Lulu, including Edgar and American Mystery Award winner The Man Who Would Be F. Scott Fitzgerald. David lives in a two-hundred-year-old carriage house in Old Lyme, Connecticut.
Loading...
or support indie stores by buying on