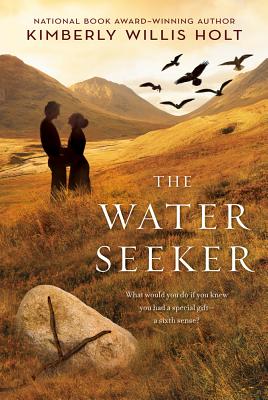 Amos Kincaid is the son of a dowser—a person gifted in knowing how to "find" water deep in the ground. As a young person, Amos doesn't reveal his gift to others; he's not sure he wants the burden. But through his experiences growing up and crossing the Oregon Trail, Amos learns about life's harsh realities, especially the pain in losing loved ones. As he cares for those around him, Amos comes to accept his dowsing fate. This epic novel is a fascinating period piece about the westward expansion and one man's destiny as he searches for love and family.

She's the author of nineteen books for a wide range of ages, many of which have won awards and honors. Her third novel, When Zachary Beaver Came to Town won the National Book Award for Young People's Literature. Her latest title is a middle grade novel, Blooming at the Texas Sunrise Motel. She writes and gardens in Texas.


Praise For The Water Seeker…

“Drawing on such diverse themes as Manifest Destiny, personal identity and cross-cultural relationships, the author has crafted a satisfying all-ages story that hosts a dazzling array of richly realized secondary characters...and flows as effortlessly as the Platte River.” —Kirkus Reviews, STARRED

“Holt creates a moving, palpable sense of pioneer life in graceful prose that occasionally reads like poetry. And her memorable characters' stories raise powerful questions about how lives are shaped: by chance, skill, inherited gifts...and love that transcends generations and even mortality.” —Booklist