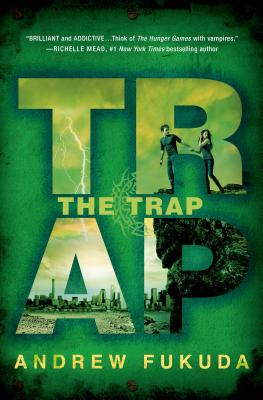 From author Andrew Fukuda comes The Trap, the explosive finale to The Hunt trilogy—perfect for fans of The Hunger Games!

“Downright disturbing...The Hunt trilogy has lived up to the promise of the first book and delivered shocks and drama with every turn of the page.” —Booklist

“One of the most brilliant, original books I've read in a very long time. This is the kind of book you'll want to stay up with all night to finish!” —Richelle Meade, #1 New York Times bestselling author of the Vampire Academy series on The Hunt

“Chilling, inventive, and utterly unputdownable. Readers, proceed…if you dare. This book will bleed into your nightmares.” —Becca Fitzpatrick, New York Times bestselling author of Hush, Hush on The Hunt

Born in Manhattan and raised in Hong Kong, ANDREW FUKUDA currently resides on Long Island, New York. After earning a bachelor's degree in history from Cornell University, Fukuda went on to work as a criminal prosecutor in New York City. He now writes full time. He is the author of The Hunt, The Prey, and The Trap.
Loading...
or
Not Currently Available for Direct Purchase