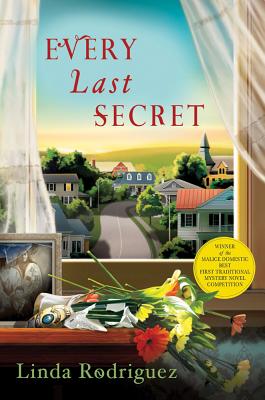 Half-Cherokee Marquitta "Skeet" Bannion thought she was leaving her troubles behind when she fled the stress of being the highest-ranking woman in the Kansas City Police Department, a jealous cop ex-husband, and a disgraced alcoholic ex-cop father. Moving to a small town to be chief of a college's campus police force, she builds a life outside of her work. She might even begin a new relationship with the amiable Brewster police chief.

All of this is threatened when the student editor of the school newspaper is found murdered on campus. Skeet must track down the killer, following trails that lead to some of the most powerful people in the university. In the midst of her investigation, Skeet assumes responsibility for a vulnerable teenager when her ex-husband and seriously ailing father wind up back on her hands. Time is running out and college administrators demand she conceal all college involvement in the murder, but Skeet will not stop until she's unraveled every last secret.

In award-winner Linda Rodriguez, mystery fans will find a unique voice and a gifted storyteller.


Praise For Every Last Secret: A Mystery…

“Linda Rodriguez delivers a lively look at a woman rebuilding her life in ‘Every Last Secret.’…Rodriguez's energetic storytelling and attention to character prove she is an author who should have a bright future. Skeet is in touch with her Cherokee heritage. Her determination to make a fresh start will resonate with anyone who has started a new job or moved to a new town.”—Oline H. Cogdill, South Florida Sun-Sentinel


"Rodriguez writes clearly and forcefully....Fans of tough female detectives like V.I. Warshawski and Kinsey Millhone will be pleased."—Publishers Weekly


"Skeet’s debut introduces a strong, intelligent woman detective with both a knack for solving crimes and a difficult personal life. The next episode can’t come too soon."--Kirkus Reviews


"With a strong heroine struggling to find balance in her work and personal life, this intriguing debut shows great promise....Good read-alikes might be Lori Armstrong and Sara Paretsky for formidable heroines with baggage."—Library Journal

"Every Last Secret would appear to follow any one of several tried and true conventions—a village mystery, a police procedural, a cozy replete with Skeet’s knitting and pets, or an ethnic mystery playing off its determined heroine’s half-Cherokee ancestry—but with solid writing and honest insights into human complexity, Rodriguez manages to employ all these familiar tropes with considerable élan."—Mystery Scene Magazine

“Fans of Nevada Barr and Sara Paretsky will relish Linda Rodriguez's stellar debut. Her sleuth, Skeet Bannion, is a keeper. Every Last Secret is a triple crown winner; superb writing, hell for leather plotting and terrific characters.”—Julia Spencer-Fleming, New York Times bestselling author of One Was a Soldier

"There's a new cop in town and she has smarts, courage, and a good heart. Mystery readers will find a new favorite in Chief Skeet Bannion."—Nancy Pickard, author of The Scent of Rain and Lightning

“Every Last Secret offers that rare and startling thing in the universe of thrillers: a truly fresh voice. Rodriguez's tale spares nothing. Skeet is an all-too-human heroine, and we just want more, more, more.”—Jacquelyn Mitchard, #1 national bestselling author of The Deep End of the Ocean and Second Nature: A Love Story

Linda Rodriguez is a winner of the Malice Domestic Best First Traditional Mystery Novel Competition. As a poet, she has won the Thorpe Menn Award for Literary Excellence, the Elvira Cordero Cisneros Award, and the Midwest Voices and Visions Award. She enjoys knitting lace shawls, spinning alpaca wool, weaving tapestries, and gardening with herbs and native plants. She is currently working on a book of poetry based on teachings from her Cherokee grandmother and another mystery novel about Skeet Bannion. Linda lives in Kansas City, Missouri, with her husband, a Plott Hound, and a domineering cat.
Loading...
or
Not Currently Available for Direct Purchase