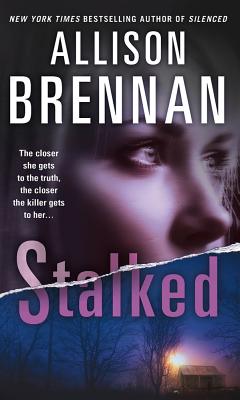 IN THE GAME OF CRIME

A new trainee at the FBI Academy in Quantico, Lucy Kincaid has already seen more than her share of murder and mayhem. Still reeling from the sex-crime case that sealed her reputation, she's found a true friend and mentor in Agent Tony Presidio. No matter what goes down at the Bureau, Tony's got her back—until he's called to New York to help investigate the murder of a reporter with ties to Lucy.

But the reporter may not be the first victim of a patient killer with a penchant for revenge, and she's definitely not the last. Connections between closed cases, a missing person, and Tony himself lead Lucy to fear for those she cares for most. When the FBI is rocked by the death of one of their own, Lucy seeks the help of her boyfriend, private investigator Sean Rogan, to help put together the puzzle—and puts her career in jeopardy. But the harder she pushes for answers, the clearer the truth becomes: There's a killer inside Quantico. Watching her every move. Waiting to kill again…

“World-class nail-biter . . . Brennan is in the groove.” —Lee Child, New York Times bestselling author on Love Me to Death

“Grabbing the reader by the throat from almost the first page, this pulse-ratcheting romantic suspense from Brennan delivers intense action, multifaceted characters, and a truly creepy bad guy…[A] fast-paced, engrossing read.” —Publishers Weekly on Love Me to Death

“The suspense builds at just the right pace, with unexpected twists and turns...realism and detail that grabs you by the throat…an excellent beginning to the Lucy Kincaid series.” —Fresh Fiction on Love Me to Death

“Twists and turns in this dark drama make it creepy and compelling in the extreme!” —RT Book Reviews, 4.5 stars on Love Me to Death

“A page turner, full throttle thriller...One of the best books that I've read in the romantic thriller genre.” —Bewitched Bookworms on Love Me to Death

“Allison Brennan delivers a page-turner filled with suspense, romance and thrills.” —Night Owl Reviews on Love Me to Death

“[A] riveting new series…Lucy continues to be a fascinating and enticing character, and her ongoing development adds depth to an already rich brew of murder and mystery. Brennan rocks!” —RT Book Reviews on Kiss Me, Kill Me

“In bestseller Brennan's roiling third suspense novel… Rooting out the cancer that infects Spruce Lake reveals a convoluted history of increasingly deadly crime.” —Publishers Weekly on If I Should Die

“Brennan's Lucy Kincaid/Sean Rogan books are not only excellent procedural thrillers, but also chart the evolution of an intriguing relationship. The peeks into the mind of this heinous killer are all too chilling, making the threat level palpable and the story riveting. Brennan is on a major roll!” —RT Book Reviews on If I Should Die