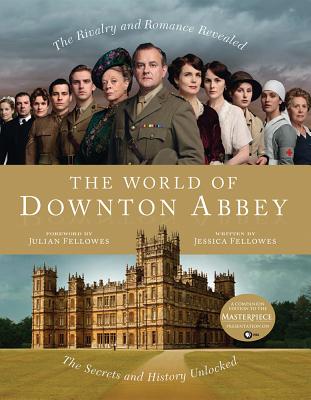 The World of Downton Abbey

A perfect gift for Downton Abbey fans, this book presents a lavish look at the real world--both the secret history and the behind-the-scenes drama--of the spellbinding Emmy Award-winning Masterpiece TV series that's now a feature film.

Millions of American viewers were enthralled by the world of Downton Abbey, the mesmerizing TV drama of the aristocratic Crawley family--and their servants--on the verge of dramatic change. On the eve of Season 2 of the TV presentation, this gorgeous book--illustrated with sketches and research from the production team, as well as on-set photographs from both seasons--takes us even deeper into that world, with fresh insights into the story and characters as well as the social history.


Praise For The World of Downton Abbey…

“There is no mystery about the potency of this series, slathered in wit, powered by storytelling of a high order.” —The Wall Street Journal on Downton Abbey

“Possibly the best show of the year...'Downton Abbey' is all that 'Upstairs, Downstairs' was, and more.” —The Los Angeles Times on Downton Abbey