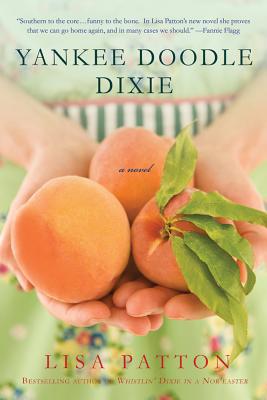 Lisa Patton won the hearts of readers last year, her book Whistlin' Dixie in a Nor'easter became a sleeper-success. Building on a smashing debut, Lisa's poised to go to the next level—because whether in Vermont snow or in Memphis heat, Dixie heroine Leelee Satterfield is never too far from misadventure, calamity...and ultimately, love.
Having watched her life turn into a nor'easter, 34-year-old Leelee Satterfield is back home in the South, ready to pick back up where she left off. But that's a task easier said then done…Leelee's a single mom, still dreaming of the Vermonter who stole her heart, and accompanied by her three best friends who pepper her with advice, nudging and peach daiquiris, Leelee opens another restaurant and learns she has to prove herself yet again. Filled with heart and humor, women's fiction fans will delight in Yankee Doodle Dixie.

"Filled with Southern charm and eccentric characters, this eagerly awaited sequel is sure to please fans of the author's first novel as well as fans of women's fiction writers like Adriana Trigiani and Fannie Flagg.'' -Library Journal