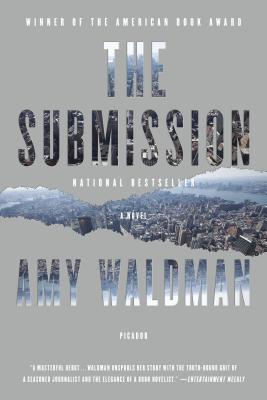 A jury chooses a memorial for the victims of a devastating terrorist attack on Manhattan, only to learn that the anonymous designer is an American Muslim -- an enigmatic architect named Mohammad Khan. His selection reverberates across a divided, traumatized country and, more intimately, through individual lives. Claire Burwell, the sole widow on the jury, becomes Khan's fiercest defender. But when the news of his selection becomes public, she comes under pressure from outraged family members and into collision with hungry journalists, opportunistic politicians, and even Khan himself. A story of clashing convictions and emotions, and a cunning satire of political ideals, Amy Waldman's The Submission is a resonant novel for our times.


Praise For The Submission: A Novel…

Amy Waldman was co-chief of the South Asia bureau of The New York Times. Her fiction has appeared in The Atlantic and the Boston Review and is anthologized in The Best American Nonrequired Reading 2010. She lives with her family in Brooklyn. The Submission is her first novel.
Loading...
or support indie stores by buying on